It all began in the basement of the First Methodist Church on July 28, 1959. That first group included lawyers, accountants, teachers, florists, housewives and geologists. Although not professional musicians, they were determined to give Roswell and southeast New Mexico a professional sounding orchestra. For a city the size of less than forty-thousand the formation of the Roswell Symphony Orchestra was quite an accomplishment.

Maestro John Farrer became the director of the RSO for the 1972 season. He followed William Kirschke, Thomas Lewis, and Glenn Cunningham, the first director of the RSO. Under the leadership of Maestro Farrer the RSO has earned a reputation for musical excellence by sharing with the under served target audience of southeast New Mexico the talents of professional musicians, many of whom have performed renowned symphonies across the United States as well as in Canada and Europe.

The first concert season in 1960-1961 featured three concerts held in New Mexico Military Institute’s Pearson Auditorium. Since then the season has grown to include a Subscription Concert Series of five classical concerts in Pearson Auditorium, featuring world renowned guest artists, Children’s Educational Concerts for elementary students in Roswell, Dexter and Hagerman, and a free Labor Day Concert at Spring River Park and Zoo.

Regular Concert Season Programming
For over 50 years the Roswell Symphony Orchestra has earned a reputation for musical excellence by sharing with Roswell and Southeastern New Mexico the talents of New Mexico’s professional musicians. More importantly, many have been born and raised in New Mexico and with just a few exceptions they all reside in New Mexico. Under the direction of John Farrer, recipient of the Governor’s Award for Excellence and Achievement and nominated by Senators Pete Domenici and Jeff Bingaman as a Trustee of the National Symphony Orchestra, the Subscription Concert series is made up of five concerts performed October through May. Subscription Concerts are held at New Mexico Military Institute’s Pearson Auditorium. These Subscription Concerts bring classical orchestral music, performed by professional musicians, to the area. Music written by Tchaikovsky, Sibelius, Mozart, Strauss, Wagner and the like are performed, often with internationally known guest artists, ranging from Violinists to Classical Guitarists. In addition, the season will feature many other special events.

The concert season always opens with the free Labor Day “Pops” Concert in the park. Held at the Spring River Park and Zoo, this concert is given to the community by the Roswell Symphony Orchestra as a thank you for the wonderful support given throughout the year. In addition to this annual concert, we always have our “instrument petting zoo”. This petting zoo is held in the afternoon prior to the Concert and allows young and older children alike to come and talk with some of the orchestra musicians about their instruments and even play them. This is a wonderful opportunity for children to become interested and involved in music.

Young Person’s Concert/Shadow Orchestra
Every year, the Roswell Symphony Orchestra provides 800 4th grade students of Southeastern New Mexico with an opportunity to hear and enjoy the RSO and some of the great classical work by composers throughout the world. The 4th grade “Young Person’s Concert” is, for many, the beginning of a life-long love of music, instruments and the arts. Our “Shadow Experience” program allows the best musicians from high schools around the area to perform with a professional orchestra and be mentored by some of New Mexico and Texas’ finest musicians. It’s a magnificent opportunity for these young people to meet professional musicians, be part of a rehearsal, and perform in a concert. The Young Person’s Concert/Shadow Experience is sponsored in part by the Armstrong-Clark Foundation, Paul McCutchen Private Foundation, Robert E. and Evelyn McKee Foundation, Otero Federal Credit Union, and the Roswell Sertoma Club. 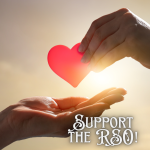 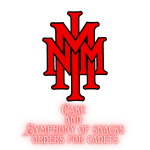