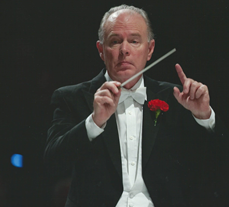 John Farrer has been the Music Director of the Roswell Symphony Orchestra for 49 years. He is in his 21st season as Music Director with the Santa Maria (CA) Philharmonic. He was associated with the San Francisco Symphony as cover conductor for the orchestra’s subscription concerts. Dr. Farrer has been a frequent speaker in the San Francisco Symphony’s series of Inside Music talks, and he has led the Orchestra in Concerts for Kids, and in a concert in the Stern Grove, which attracted 20,000 listeners. Dr. Farrer is music director emeritus/conductor laureate of the Bakersfield Symphony Orchestra of which he was music director for 39 years.

In 2003 Maestro Farrer was nominated and appointed by Senators Pete Domenici and Jeff Bingaman as one of the Trustees of the National Symphony Orchestra, the advisory board of the Orchestra and the John F. Kennedy Center for the Performing Arts. As provided in the National Trustees’ information statement from the National Symphony Orchestra Development Office, “Trustees are prominent persons from throughout the United States and from several countries around the world. They are accomplished leaders in civic, cultural and philanthropic enterprise as well as in their chosen professions and careers. Trustees serve as valued counselors and patrons of the NSO and as advocates in Washington, as well as in their home states, communities and countries, for the causes of symphonic music, of the performing arts and of music and arts education.” The Roswell Symphony Orchestra takes great pride in Maestro Farrer’s position on this prestigious Board.

In 2014, Maestro Farrer received an Honorary Doctorate of Fine Arts from the Trustees of the California State University System. In July 2015, Maestro Farrer was elected president of the Conductors Guild, an organization representing the interests of more than 1,600 conductors from all over the world. 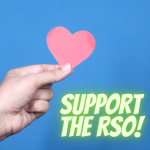 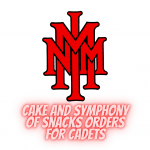 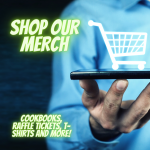